We are back from a very memorable trip to Russian Federation. Our trip began on 3 of October and ended on 8 October. We spent 2 days in Moscow and 3 days in Saint-Petersburg. In this post I will write about Moscow trip.

So I bought airline tickets, packed my suitcase and was crazy excited to see my friend in Moscow. But there was one thing I didn’t plan for… to get sick.

I should have rested then, when the sickness bells were sounding, but I didn’t. Not wanting to miss out on my chance to celebrate my birthday in Saint-Petersburg, I pushed through.

I arrived in airport called Sheremetyevo in the morning and bought a ticket for Aeroexpress. It was a comfortable inexpensive (8$) way of traveling from the airport to the Metro (1$ to every destination) for me to get to mini hotel “Layla”(1 night 50$).

The first thing we did was to go to the Cafe and try some Russian alcoholic drinks. My favorite one was Medovukha, which is obtained by fermenting honey. I strongly recommend you to try it if you will go to Russia.

Then we rode the sightseeing bus (2 days – 28$). In one day we almost saw all important sights in Moscow. It was a great option because it was cold and rainy. So we could to get warmed up on the bus and see the sights with audio guide.

On the second day we visited Lermontov House Museum (1 ticket for 3,05$). I was very happy to be able to see Lermontov’s room, where he would meditate, read and work on new literary pieces. I wanted to visit more house museums of Russian writers, but, unfortunately, didn’t have enough time.

We also enjoyed every minute of our river cruise along the Moscow River. During 2 hours we had an opportunity to see the sights of many famous landmarks with a glass of beer.

After the cruise, we had a cup of coffee and went right to the top (33rd floor) of the Radisson Royale Ukraine Hotel. And got very magnificent 360 degree view on the Moscow.

During those 2 days I felt an unbearable tiredness set in due to my sickness. But I wanted to make the most of every single day and didn’t want to make my friend feel bad because of me. So the most interesting part of our travel is going to happen after that. I thought I would die. I will write about it in the next post. 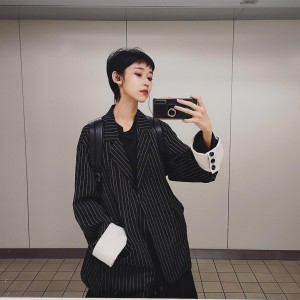 Input type for a phone number

The same select/dropdown in all major browsers

The same checkbox in all major browsers

How to use the .env file in Gatsby